of the velvety, heart driven vocals that Erin Burkett delivers, teamed with Legendary Jazz and classical bassist Virgil Walters' captivating lines and intense solos. This refreshing sound is seamlessly brought together by the full bodied guitar stylings of Brazilian and Jazz guitarist Eric Susoeff.  A few of Pittsburgh's Jazz Greats fuse their diverse influences here with originality and joy.  Within imaginative musical arrangements, artful delivery, and an unexpected repertoire, they honor Jazz, the American songbook  and popular music, rethought.....Altogether creating a musical breath of fresh air. 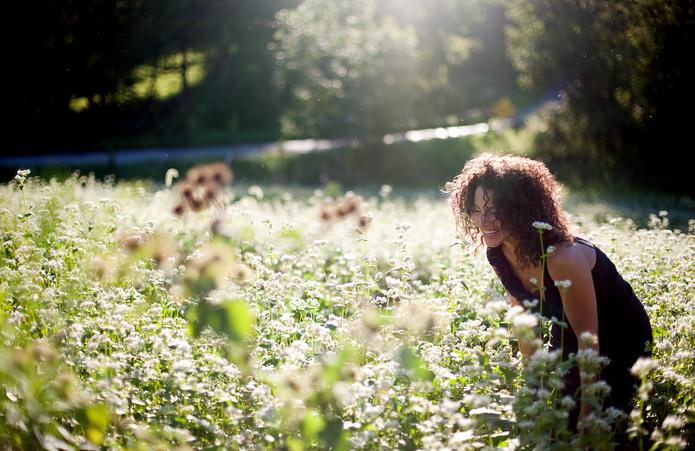 Legendary Pittsburgh Jazz Bassist Virgil Walters began his music career during his college years at Carnegie Mellon University while playing Upright Bass for the Wheeling Symphony Orchestra. After graduation ,he played a year in The Virgin Islands before continuing his work touring the US,  Italy, and England with Buddy Greco.  He then toured for the next 5  years with internationally-known recording artist Maureen McGovern through the US, Japan, Bermuda, Puerto Rico, and The Phillipines.
Over his forty year musical journey, Virgil and his Upright Bass have laid the foundation on countless stages with the finest Jazz musicians and nationally known artists, including Rebecca Paris, Sonny Stitt, Dakota Staton, Peggy Lee,  and Diane Shurr. Virgil's bass found a home in the high-energy of the Trio Grande, where together with John D'Amico and Rodger Ryan, their music became a formidable power on Pittsburgh's Jazz Scene.
Twice voted Pittsburgh's best bassist, Virgil unfailingly excites audiences with his driving lines and captivating solos. Virgil and Erin have shared their musical resources for the past ten years. 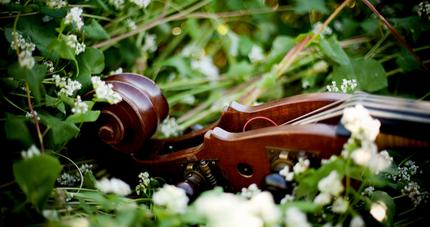 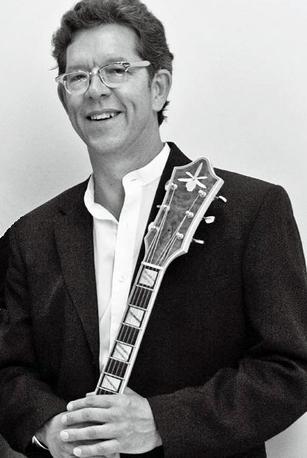 A Pittsburgh Native,  vocalist Erin Burkett  has enthralled dedicated audiences throughout the North Eastern United States for nearly 30 years.  Originating as a Blues & Spirituals vocalist and composer, Erin produced two CD's of original tunes that capture the universal and poetic realities of life. These recording reached listeners locally, on National Public Radio and in Europe.
Answering the appeal of a new direction, Erin's creative focus embarked on a journey into more improvisational music and  has lingered there  these past dozen years. Studying elements of jazz music and taking the voices of favorite instrumentalists to heart,  she crafts refreshing arrangements that rejuvenate the ever growing American Songbook. Burkett also pens imaginative lyrics to accompany music that is typically performed as instrumental jazz.
Erin continues to bring her enduring spirit to devoted audiences, performing in intimate clubs, outdoor venues and a variety of festivals. Her presence has also been shared through television and radio appearances, as well as being a guest on other artist recordings. Currently working on a new recording project, Erin's creativity is flourishing in the rich inspiration of being surrounded by some of Pittsburgh's most  accomplished musicians. Unwaveringly, she wraps her velvety vocals into heart shaped gifts...lovingly wielded for each listener...and there for the taking.

Well known to Pittsburgh Jazz enthusiasts,  guitarist and composer Eric Susoeff has been an active part of the Pittsburgh music scene since his debut with Harold Betters at The Encore in 1976.   Susoeff  has shared his warm, full bodied, lyrical  sound,  with a long list of local and international luminaries including:  Dizzy Gillespie,  David Amram, Roger Williams,  Airto, Ivan Lins, Romero Lubambo, Charo, Frankie Avalon, Marty Allen, Eric Kloss,  Frank Cunimundo, Gene Ludwig, Pete Henderson, Dave & Maureen Budway, Sandy Staley, Kenia, Roger Humphreys, Erin Burkett, Kenny Blake, Walt Harper, Nathan Davis, Don Aliquo,  and John Wilson, among others.
His  focus lies  primarily within his love of Brazilian and Afro-Cuban music, which he continues to honor through his Latin Jazz quintet Salsamba.  This prolific group, founded in 1984,  has released six CD's,
all of which received critical acclaim.
With nearly 50 recording projects to his credit, Eric is also an accomplished writer and arranger. He has capably performed  a vast variety of styles and appeared on television and stages across the US and in Brazil.
Mr. Susoeff has lent his deft hands and creativity to the sound of Erin Burkett & Virgil Walters since 2009, where his thoughtful music, distinctive solos, and bright spirit have become and integral part of this trio.
View on Mobile